A DOMINANT strain of the coronavirus has mutated to be ten times more infectious, experts have claimed.

Researchers found the strain is more infectious than others as it doesn’t break off once it enters the body.

A team at The Scripps Research Institute in Florida examined a spike protein.

The lead researcher on the paper Dr Hyeryun Choe said the mutation of the virus strain had happened in order to “compensate for the past spike proteins”.

A spike protein is what the virus uses to attach to cells in the airways – the ACE-2 receptor.

ACE-2 receptors are entry points which viruses use to get into the body.

The researchers claim that this has adapted since January.

During the first few months of the pandemic it would break off but Dr Choe said it is now more resilient.

Their research has not yet been peer reviewed and was published on bioRxiv.

Leicester has become the first city to be put under localised lockdown due to a rise in cases and the new study suggests that the current strain of the virus is even more infectious than before.

The scientists say it is now ten times more infectious than it was when it was first found in humans in China.

Writing in the study Dr Choe said: “Viruses with this mutation were much more infectious than those without the mutation in the cell culture system we used.”

The co-author of the paper Dr Michael Farzan added: “Over time, it has figured out how to hold on better and not fall apart until it needs to.”

It is the dominant strain in Covid patients in Canada, Italy the UK and the US.

Speaking to the Washington Post Dr Choe said: “The epidemiological study and our data together really explain why the [G variant’s] spread in Europe and the US was really fast… This is not just accidental.”

Despite the strength of the spike, researchers said that it was not giving people more severe symptoms. 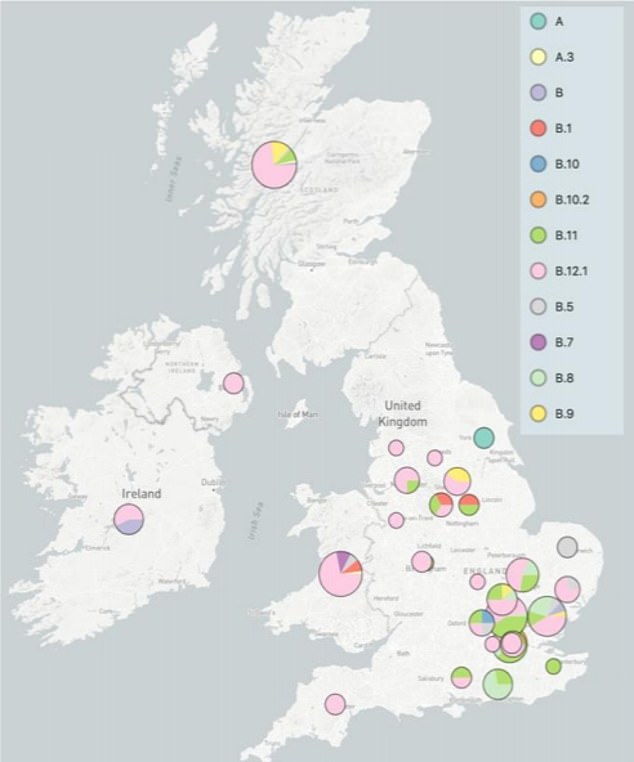 Dr Choe’s study added: “An interesting question is why viruses carrying the more stable SG614 appear to be more transmissible without resulting in a major observable difference in disease severity.

“It is possible that higher levels of functional S protein observed with SG614 increase the chance of host-to-host transmission, but that other factors limit the rate and efficiency of intra-host replication.”

The SG614 strain of the virus was first found in Germany in February.
It forces out older strains of the virus when they clash inside of the body.

The researchers added: “Through March, G614 became increasingly common throughout Europe, and by April it dominated contemporary sampling.

“In North America, infections were initiated and established across the continent by the original D614 form, but in early March, the G614 was introduced into both Canada and the USA, and by the end of March it had become the dominant form in both nations.”

Last month it was reported that there were over 12 strains of the virus in the UK recorded in March.

Scientists analysed the genomes of the deadly virus in 260 infected patients across the country.

They discovered at least 12 strains of coronavirus, one of which has only ever been found in the UK – meaning it mutated on British soil.

The scientists concluded most of the strains came from Italy and Spain, the worst-hit countries in the world at the time the research was carried out.

It found strains had also come from China, the US and Australia.

CORONAVIRUS CRISIS – STAY IN THE KNOW

Don't miss the latest news and figures – and essential advice for you and your family.

To receive The Sun’s Coronavirus newsletter in your inbox every tea time, sign up here.

Get Britain’s best-selling newspaper delivered to your smartphone or tablet each day – find out more.

The wet, wild and wonderful history of ocean pools

Could 'Hidden Hunger' Be Conquered With A Particle The Size Of A Grain Of Salt?

How to prevent back pain