THESE are the eight towns and cities facing local lockdowns like Manchester and Leicester.

Newark and Sherwood in Notts was added to the government’s ‘watchlist’ today, meaning residents could soon be restricted from seeing their families indoors. 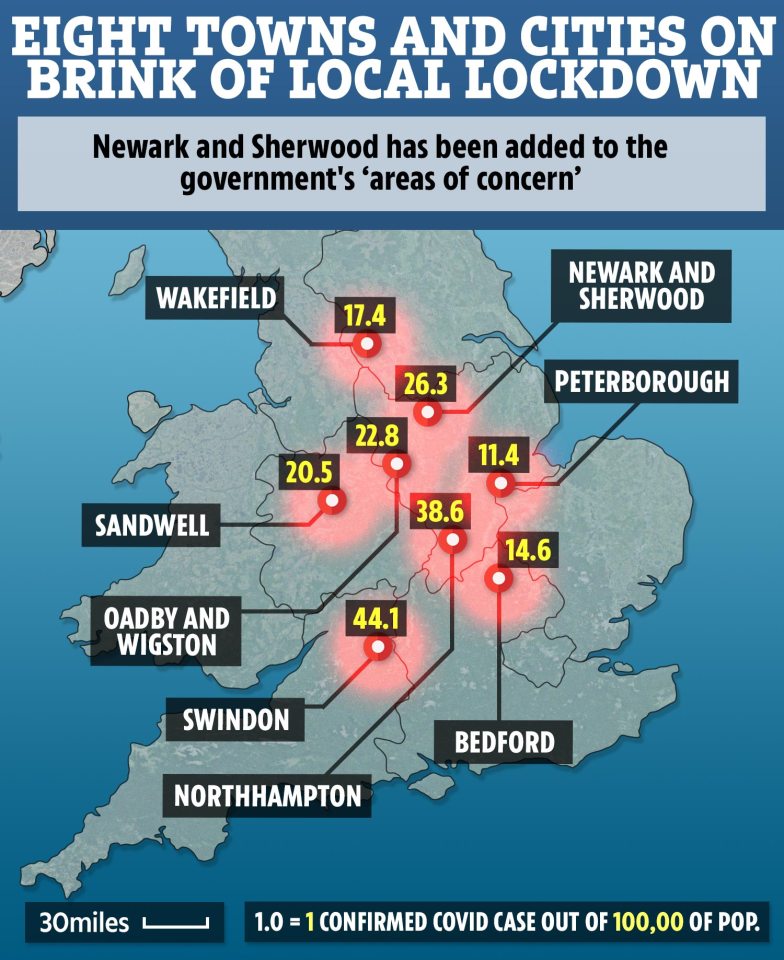 An elderly person wears a protective mask in Peterborough[/caption]

The latest data from the Department of Health shows a continued rise in cases in Oldham and Pendle while numbers remain high in Blackburn with Darwen.

They are among 20 towns and cities in Greater Manchester, Lancashire, West Yorkshire and Leicestershire on the government’s Covid hotlist – and where indoor gatherings are banned between different households.

It is likely, that the rise in cases in these areas are partly due to an increase in testing.

The Department of Health revealed today that lockdown restrictions will continue in the above areas for another week, following the surge in coronavirus cases.

Casinos, skating rinks, bowling alleys, exhibition halls, conference centres and indoor play areas will not be permitted to open in the areas – as they are in the rest of England tomorrow.

Government officials will now work with local leaders in the areas of concern by setting up an “enhanced incident team” to tackle the rate of infection.

Residents will still not able to meet people they do not live with inside a private home or garden – unless they have formed a support bubble.

Meanwhile, Luton is undergoing ‘enhanced support’ from the government, meaning it will be given additional resources including increased testing and help for managing outbreaks.

Locals affected by the local lockdowns will not be allowed to socialise with other people in pubs, restaurants, cafes, shops or places of worship.

People can, however, meet others in groups up to six individuals – or two households – in outdoor public places.

And vulnerable people will still need to shield in Blackburn with Darwen and Leicester.

Edward Argar, Minister for Health, said: “I’d like to thank everyone in Greater Manchester, West Yorkshire, East Lancashire and Leicester for their continued patience in following these vital rules put in place to tackle the spread of the disease – I know it hasn’t been easy.


Dad's anguished cries after son, 2, fell to his death from 9th floor window

“We will review the measures again next week as part of our ongoing surveillance and monitoring of the latest data.

“It is essential we all remain vigilant, and I urge everyone in these areas to continue to follow the rules.”

He added: “Wash your hands regularly, follow social distancing, get yourself a free test as soon as you get any symptoms, and isolate if NHS Test and Trace tells you to.” 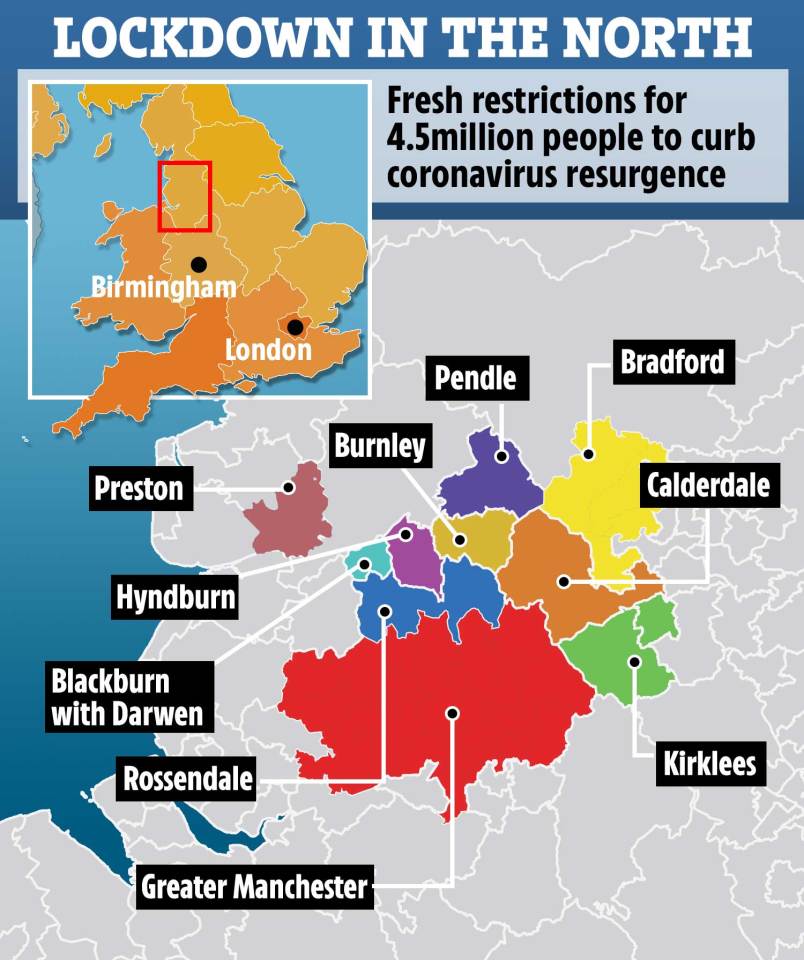 Source: thesun
Eight towns and cities on brink of local coronavirus lockdowns as Newark and Sherwood added to watchlist

Schoolgirl, 14, diagnoses herself with cancer after Googling her symptoms on the way to the hospital