BRITAIN’S beaches have been packed today as temperatures in some places hit a sweltering 37.8C.

While we all like to have fun in the sun it’s also important that we take care of ourselves – especially as temperatures are set to remain high this weekend.

Roads across the country are packed out as staycationers head for the coast and beauty spots to soak up the weather, the warmest this year so far.

But do you have all the tools you need when it comes to protecting yourself from the sun?

Experts say that applying sun cream isn’t enough and that both adults and children are still at risk of developing sun stroke.

Spotting signs such as dehydration can be life saving and can help you avoid unwanted trips to the hospital.

After a long day at the beach or the park both adults and kids are likely to be exhausted but it’s hard to tell whether you’re just tired or if you have heat stroke, so what are the signs? 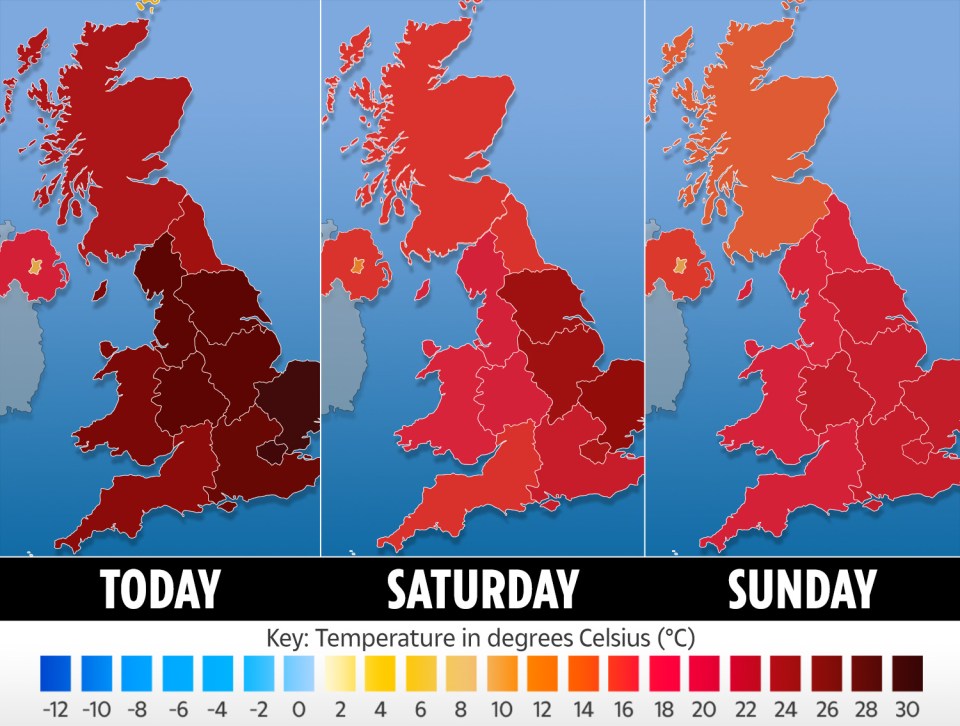 If you’ve been out all day in the sun then it’s likely that you’re feeling a little bit dehydrated and a headache is a side effect of this.

The NHS says that a headache is one of the first symptoms you will have if you have heat stroke.

As an adult it’s easy to treat a headache as usually we would take some painkillers or rehydrate.

To help treat your child you can try an oral rehydration powder which can usually be purchased in most pharmacies.

You can help your child by giving them rehydration powders[/caption]

If you’re feeling dizzy or confused then you may have developed heat stroke.

For adults this is usually recognisable if you feel dizzy when you get up from sitting down.

Children may feel confused and if this is the case it’s key to help them relax so they don’t become agitated.

Help them to lie down and raise their legs.

During the summer months it’s easy to forget to snack when we are out and about – but if you have completely lost your appetite then this could be a sign of heat stroke.

The heat can also make you feel sick which is also enough to put you off eating.

Try and eat something small which is easy to chew and swallow and that isn’t going to require too much effort.

A loss of appetite could indicate heat stroke [/caption]

While symptoms of heat stroke for both adults and children are the same, the NHS states that children might become floppy and sleepy if they have heat stroke.

In order to cool them down the NHS states that you “should spray or sponge them with cool water and fan them.

“Cold packs around the armpits or neck are good, too.”

If a child has developed heat stroke then it’s important that you stay with them until they are feeling better.

During hot weather or exercise there is an increased risk of heat stroke and children can be more prone to this as they are often running around or playing with their friends.

In order to prevent it make sure you top kids up with plenty of cold drinks while they are playing and adults also need to stay hydrated.

Wearing light coloured clothing can also help as can taking cool baths or showers as this will help to regulate the temperature of the body.

There is an urge in the summer months to spend as much time outside as possible but the NHS says that you should avoid the sun between 11am and 3pm as this is when it is usually at its hottest.


Brits pack beaches on hottest day of the year as 37.8C is recorded in London


Pals fined £9,000 for heading to pub during 14-day quarantine period

When to get help

The NHS states that sun stroke should go away within 30 minutes, but there are some other things you should look out for.

If you’re still feeling unwell after 30 minutes and you’re not sweating even though it’s too hot then you should seek medical help.

A thermometre is a great way to work out whether or not you are too hot and if you are above 40C then you should seek help.

If you or another adult or child has shortness of breath, has a fit, loses consciousness and/or is not responsive then you should call for help.

Some beaches many have medics on hand – but you should always call 999 in an emergency.